Spirituality is a broad concept. It can take many forms and be expressed in a variety of ways. In general, it is having a connection with something bigger than yourself and is correlated with the meaning of life. People choose to express their spirituality in a variety of ways, including affiliation with religious groups, belief in God or a higher power, or a connection with nature. Spirituality can impact the way a person chooses to live their life and their decisions. It can also be an important part of their health and well-being.

Some people use the terms spiritual and religious interchangeably. For others, the term spiritual means a more general belief in a higher power, while the term religious is associated with a specific set of beliefs and/or a specific religious group. 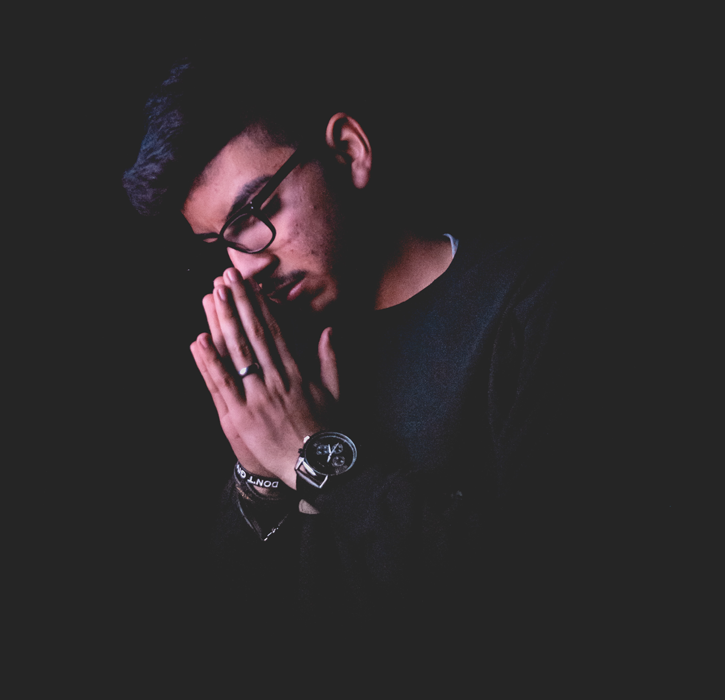 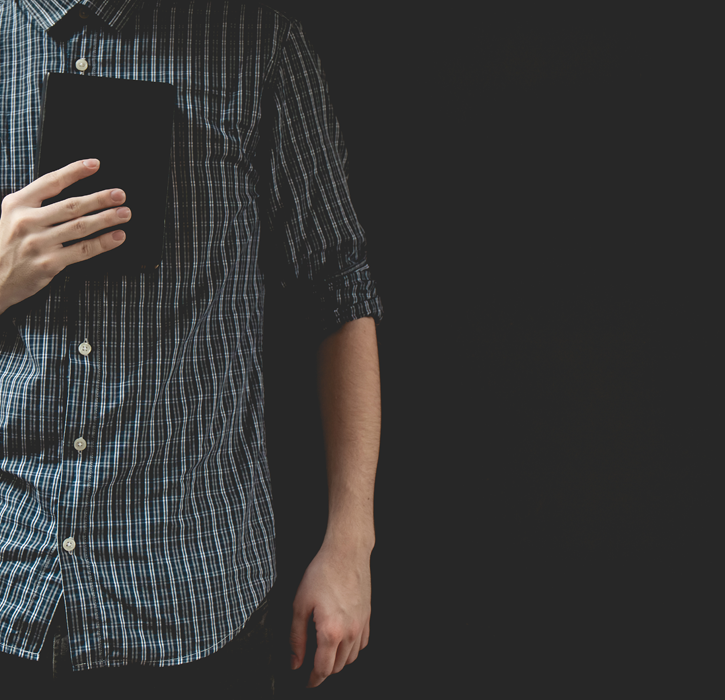 Spirituality & Religion as part of the whole

Spirituality, religion and moral decision-making
Some people may use their faith and belief system to guide their life decisions. They may use elements of their faith, like prayer and meditation, to cope with stressors. If you have spiritual or religious beliefs, your spiritual or religious leaders can be a source of comfort and guidance for questions, feelings or decisions in your life.

There are thousands of religions; you can read more about the ten largest groups in the world below.

Atheism and Agnosticism are not religious or spiritual groups

Atheism is the lack of belief in any gods and uses science and reason to answer questions of the meaning of life.

Agnosticism is the refrain from participating in any religious doctrine on the basis that there is no proof to accept or deny the existence of one or more gods.

History and concepts
Buddhism began in India 2,500 years ago and remains the dominant world religion in the East. Buddhism is based on the teachings of an Indian Prince named, Siddhartha Gautama, a prince from northern India who became the Buddha or “Enlightened One.” He taught the Four Noble Truths: (1) Life is full of suffering (2) Suffering is caused by craving (3) Suffering can be overcome and happiness can be attained (4) The Noble Eight-fold Path is the path which leads to the end of suffering. The Noble Eight-fold path consists of right views, right aspirations, right speech, right conduct, right livelihood, right effort, right mindfulness and right contemplation. Buddhism has evolved since its foundation into three schools, each varying in different aspects of the faith—Theravada, Mahayana and Vajrayana.

Practice
Buddhism incorporates a variety of rituals and practices. Meditation is central to nearly all forms of Buddhism, and it is derived directly from the Buddha’s experiences and teachings. The Mahayana schools of Buddhism have developed a variety of other rituals and devotional practices, many inspired or influenced by the existing religious cultures of India, China, Japan, Southeast Asia, and Tibet. With the exception to becoming a monk and funeral rites, life events were regarded as secular and there were no official ceremonies like birthdays or marriage, but some rituals have been developed more recently by Buddhist countries.

History and Concepts
Chinese religion is composed of four main traditions: Chinese folk religion, Confucianism, Taoism and Buddhism. The religious perspective of most Chinese people consists of some combination of beliefs and practices from these four traditions.

Practice
Chinese religion is not an organized, unified system of beliefs and practices and has no specific founder. However, common practices include ancestor worship, prayer, and longevity practices to gain long life, divination, prophecy and astrology.

Christianity has a history dating back over two thousand years and is the largest religion in the world. Christianity is based upon the life and teachings of Jesus Christ, the Son of God, who was a teacher and healer and lived in first century Palestine. Jesus’ teachings focused on the themes of the kingdom of God, love of God and love of neighbor. The sacred text of Christianity is the Christian Bible, which consists of the Old Testament and the New Testament. Almost all Christians regard the Bible as divinely inspired and authoritative, but hold different views as to its teachings. Christianity has divided into three major branches. These are Roman Catholicism, Eastern Orthodoxy and Protestantism. Roman Catholicism and Eastern Orthodoxy separated in 1054. The Roman Catholic Church follows the Pope and venerates Mary, Mother of God and the saints. There are a variety of Catholic denominations, including Traditionalist Catholics, Ultraditionalist Catholics and Liberal Catholics. The Eastern Orthodox Church has much in common with Roman Catholicism, however they do not follow the Pope, they emphasize icons in their worship and they celebrate Easter on a different date. There are a variety of Eastern Orthodox denominations, including the Greek and Russian Orthodox churches. Protestantism arose in the 16th century and they reject many of the traditions and beliefs of the Roman Catholic and Eastern Orthodox branches. Protestantism emphasizes the reading of the Bible and salvation through faith alone. Protestantism also has a variety of denominations, included among them are Baptists, Methodists, Episcopalians, Presbyterians, Pentecostals, Evangelicals Lutherans, Quakers, and Seventh Day Adventists.

Christian practices vary by denomination, but included among them is church worship on Sunday, private and group prayer, the examination of the Scriptures and participation in the rites of Baptism and Communion.

Significant Christian holidays include Easter, or the celebration of the resurrection of Christ, Holy Week which is the week preceding Easter, Christmas or the birth of Christ and the days celebrating the Saints. Saint days such as St. Patrick’s Day and St. Valentine’s Day have become especially popular in the United States.

This group believes in one God, Jehovah, as well as the Bible and the death and resurrection of Jesus Christ. However, they do not believe in the Trinity as many other Christians do and they also do not believe in the existence of Hell, believing instead that these souls will be destroyed.

Jehovah’s Witnesses hold religious services in buildings called Kingdom Halls, and they usually meet three times per week. Jehovah’s Witnesses participate in the practice of Baptism, Witnessing and Evangelism. In some very specific cases member can be shunned or disfellowshipped, however this does not happen with all former members, only under specific circumstances.

Jehovah’s Witnesses do not celebrate most holidays, as the view them as pagan. However they do celebrate the Memorial of Christ’s Death, at roughly the same time as Christian Easter or Jewish Passover.

History and concepts
Judaism is one of the oldest religions in the world. This religion shares core beliefs with both Islam and Christianity. Jewish people believe in one God and recognize Jesus; however, do not acknowledge Him as the Messiah (as Christians do), but as a loving Jewish teacher. They believe that God’s law was revealed to Moses and was recorded in five books, called the Written Torah. Other important Jewish texts include the Talmud and the Tanakh, or Hebrew Bible

Practice
The Jewish house of worship is called a synagogue. The Rabbi of a synagogue is the individual who serves the Jewish community and performs religious practices, such as weddings, Bar or Bat Mitzvah’s.

Jewish holy days
There are several Jewish holy days. Although they are designated as a day on the calendar, for Jewish people, the day really begins at sunset on the day before the day indicated on the calendar, because the Jewish day begins and ends at sunset (not midnight). It is also forbidden to work on many of these days and they fall on different dates each year.

History and Concepts
The Church of Jesus Christ of Latter-day Saints is Christian but is not Catholic, Orthodox or Protestant. Founded by Joseph Smith, the largest Mormon religious group is the Church of Jesus Christ of Latter-Day Saints (LDS). Mormonism shares Christian characteristics, such as belief in Jesus Christ as a divine figure, belief in the Bible as divine authority, and some worship practices. However, Mormons have some different beliefs, such as those relating to Jesus, salvation, and the revelations of Joseph Smith in Mormon scriptures.

Practice
Members of The Church of Jesus Christ of Latter-day Saints perform several ordinances as part of their faith, some of which take place only within their temple. These include Endowment (a baptism ceremony, Confirmation, Ordination to higher offices, Marriage, Prayer Circle, Hosanna Shout, Feet washing (rare) and Second Anointing (rare). Mormon temples are considered to be very sacred and there are very strict rules for entry.

Mormon holy days
Easter and Christmas are holy days shared with Christianity, and Mormonism also recognizes Pioneer Day, The Founding of the LDS on April 6th and John the Baptist’s Visit to Joseph Smith.

History and Concepts
Sikhism emerged in 16th Century India amid conflicts between the Hindu and Muslim religions. Its founding teacher is Guru Nanak Dev. Sikhism strongly emphasizes the belief in one true God and maintains the general Hindu conception of the universe and rebirth based on karma.

Practice
The Sikh use a sacred book, called the Guru Granth Sahib (or the Adi Granth). There are strict rules and procedures for handling the Adi Granth. Most Sikhs keep a smaller manual at home containing the main passages from the Adi Granth used in daily prayers.